Rovell is probably right. He reminded me, when I spoke with him earlier this week, that the N.F.L., which filed a brief in support of paspa, now has an official casino sponsor: Caesars Entertainment. 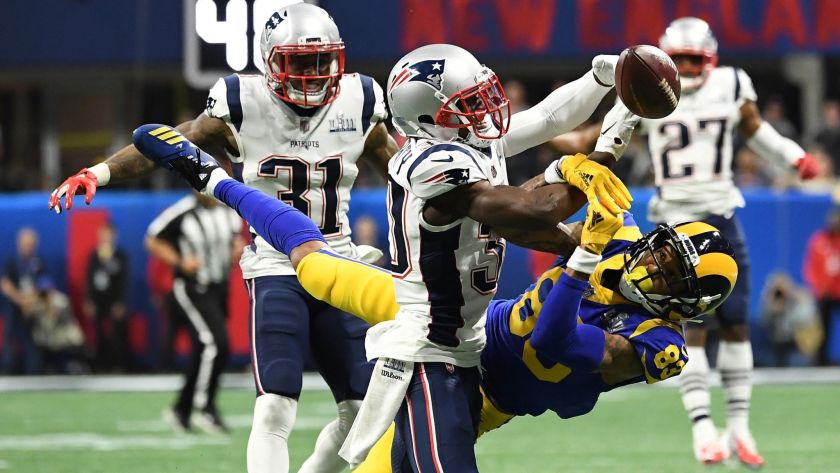 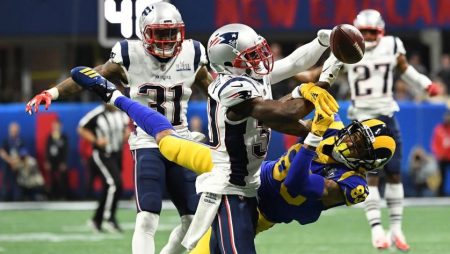 On Tuesday afternoon, I drove to the Meadowlands of northern New Jersey and placed a couple of cathartic bets against Tom Brady. These were so-called prop bets, or proposition bets, which don’t involve the final outcome of a game. “Sucker bets,” a man named Eddie informed me. I could tell he was a serious gambler because his phone buzzed, while we were talking, with an incoming call from someone named Paulie Vegas. (“I’ll call you later, Paulie Vegas,” he said, without answering.) We were standing in front of the FanDuel Sportsbook, which opened last July, at the racetrack, a couple of months after the Supreme Court overturned portions of the Professional and Amateur Sports Protection Act. paspa, as the law was known, had effectively given Nevada a monopoly on legal sports betting. New Jersey sued, and won. Now, without using a bookie, you can bet on the Seton Hall-St. John’s game in West Virginia or Delaware or Rhode Island—states that, like New Jersey, have passed their own sports-betting legislation. Or on the Super Bowl, which, according to the American Gaming Association, is likely to generate six billion dollars’ worth of wagering action—much of it still illegal, whether through unregulated offshore Internet sites or in the forty-two states that haven’t yet followed New Jersey’s lead. That’s nearly twice the net worth of Howard Schultz.

Eddie lives in the Bronx, but he said that he had been making a habit of commuting to the FanDuel Sportsbook seven days a week, by bus, for nine dollars, round trip, because it offered better odds than the barbershop where he used to submit his illicit picks. “I come for fun, because I’m bored,” he said, and showed me some pictures of winning tickets that he had saved on his phone, as mementos. Like any committed punter, he professed to have a winning record, though I couldn’t discern much science behind his methodology. Sometimes he lets his girlfriend pick for him. Sometimes he bets against the team that played most recently, figuring they must be tired. He bets on all sports. “I pick hockey,” he said, by way of example. “I don’t pick hockey because I played hockey. I played hockey before, just on concrete, but that was some bullshit when I was a little kid.” He’s now forty-six. He added, “You don’t always go with the favorite.”

Unlike Eddie, I seldom gamble, and I bet against Brady—choosing the “under,” with respect to his total passing yards and touchdowns—not because I have reason to think he will falter but because I gave up rooting for the Patriots after their humiliating loss to William (Refrigerator) Perry and the Chicago Bears in Super Bowl XX, back in 1986. Think of it as an ongoing exorcism. Trying to reflect rationally about likely outcomes would complicate the experience. “You do what you do,” Eddie said, with a sigh. “I hope you win, but . . .” He was planning to bet on the Patriots, because, “No. 1, experience. And also Brady hates the fucking N.F.L.” In other words, Brady has the motivational edge.

The Patriots are favored by two-and-a-half points. But, on Sunday, when Jim Nantz and Tony Romo are calling the game, you won’t hear them talk about point spreads—or about prop bets involving the duration of Gladys Knight’s national anthem or the color of Adam Levine’s shirt—even though, if you listen to businesspeople, legalized gambling is the biggest story in sports, the answer to cord-cutting and second screens and shortening attention spans. (The Sports Business Journal recently named “the American sports gambler” its person of the year for 2018.) “We don’t discuss gambling information,” Sean McManus, the chairman of CBS Sports, said during a recent conference call. “We just, we don’t do that.” They won’t accept ads for medical marijuana, either. Those policies place them on the minority side of public opinion, which has been shifting with an air of seeming inevitability for years, and at least one media analyst has said this Super Bowl will be the last to project such an innocent image of viewers’ actual interests. That analyst, Darren Rovell, is, in a sense, also a paid advocate for the gaming industry: last November, after more than a decade reporting on the business of sports for ESPN and CNBC, he became a senior executive producer for the Action Network, a startup devoted exclusively to covering and improving sports betting. He wasn’t ESPN’s first such defection, either: in 2017, the broadcaster Brent Musburger quit to help launch VSiN, the Vegas Stats and Information Network, with his brother Todd and Todd’s son Brian.