Elk Ready To Launch A Unique Slot! Here is the “Coba” 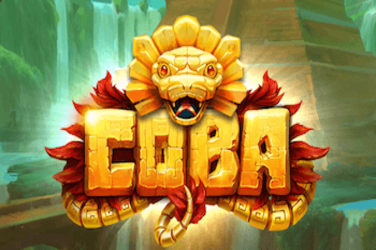 The design of the game is Mayan themed, where we visit the place Coba, protected by the giant snake Quetzalcoatl. Against the background of the reels, you can glimpse this temple where plants envelop the side of the building and epic background music is constantly played to increase the atmosphere even more.

When you create a winning combination, the Avalanche feature is activated. Then all the symbols that were part of the winning combination will disappear from the reels and the remaining symbols will fall vertically by gravity. They will then slide along both sides to cover the positions, with new symbols falling from the top to fill all the empty positions. Each winning group will generate points that will be added to the snake’s progress indicator and the progress will remain until new avalanches are created from the winnings.

By filling the snake’s progress indicator with points, you can take part in different levels with different quantities of snakes. Depending on whether you activate level 1, 2, 3 or 4, you will receive 1, 2, 3 or 6 snakes respectively. A snake is a linear cluster of symbols that will move along the reels, and is at least 5 symbols long, where it is always guaranteed to create a winning cluster. He will receive a head and a tail, which is indicated by the gold frame. It may also have a surviving or non-surviving state, indicated by a yellow or blue tail.

If the snake fails to move over the snake symbol during the current launch, it will die and then disappear for the upcoming launch. A newly arrived snake symbol will always land with a yellow tail, which will make it survive the first avalanche, even if it failed to get past the specific type of snake symbol. These snake symbols will then enter the non-survival state, which means they must move to the specific snake symbol to qualify for the impending fall.

If you want to take advantage of several features right away, you can use the X-iter function. You can then choose from these that cost and do the following:

25X = You will activate level 1 and the snake will be longer than normal.