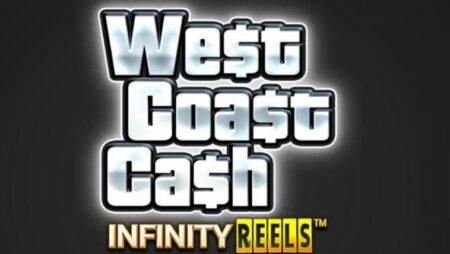 The lowest paying symbols are 9, 10, J, Q, K and A. They pay between 0.05X and 0.1X the bet per symbol, which will give the player 0.25X-0.5X the bet for a 5- of – a gentle victory. The highest paying symbols are Hustler, Pimp, Dealer and Enforcer. The crook is a young man holding a large bundle of money, the pimp is a big man with sunglasses, smoking a cigar, and the trader is a man with a shaved head and tattoos on his throat.

The perpetrator is a dark-haired woman who points a gun at the player. Each of these symbols pays between 0.15X-0.25X the bet, which will give the player 0.75X-1.25X the bet for a win containing 5 symbols. The Wild symbol substitutes for all the symbols mentioned but not the Cash Scatter symbol.

The Wild symbol is a purple lowrider that bounces up and down. Substitutes for all symbols except the Cash Scatter symbol.

The Cash Scatter symbol is a pile of stacks of cash. It can appear anywhere and landing 3 or more activates LevelUp Respins. There will always be another reel added if a money symbol lands on the rightmost reel.

The symbols pay from left to right, starting with the leftmost reel, with the exception of the Cash Scatter symbol. All spins start with 3 reels and an extra reel is added to the right if the rightmost reel improves any combination of symbols. If a new roller improves on any combination, another roller is added. This goes on until further improvements are made and there is no upper limit on the number of reels that can be added.

The Symbol Multiplier is applied to all winnings except Cash. It starts at 1X with each spin and is increased by +1 for each reel added. There is no upper limit for the multiplier.

If you manage to add 12 or more reels in one spin, you will be awarded the Infinity Bonus of 888X your bet. This can happen in the base game and in LevelUp Respins. The symbol multiplier is not applied to the Infinity Bonus.

The player gets 3 spins, which are reset each time a money symbol lands on an empty position. Whenever a spool is completely filled, a new one will be added to the right. With each spin, the Cash symbols earn a small $ sign and level up each time they reach 6 signs. Their values ​​will increase from 1X to 5X and there is also the possibility that the money symbols will level up to one of the four characters, all of whom have special abilities.

Hustler = level up with each spin and increase its value from 1X to 5X.

Pimp = Increase the cash value from 10X to 50X before turning it back into a Cash symbol.

Dealer = Adds its value to adjacent Cash and Special symbols each time you level up.

Enforcer = adds the values ​​of adjacent symbols to itself each time it levels up.

The Dealer and the Enforcer have the $ symbols, just like the Cash symbols. Each time these symbols are updated, they start collecting new signs, which will update them again if they reach 6. The feature continues until the player runs out of spins.

LevelUp Respins can be purchased at any time for 100 times the bet. The purchase will give you an activation spin which translates into anything between 6 and 15 reels. It is possible to activate the Infinity Bonus from the Bonus Buy round.