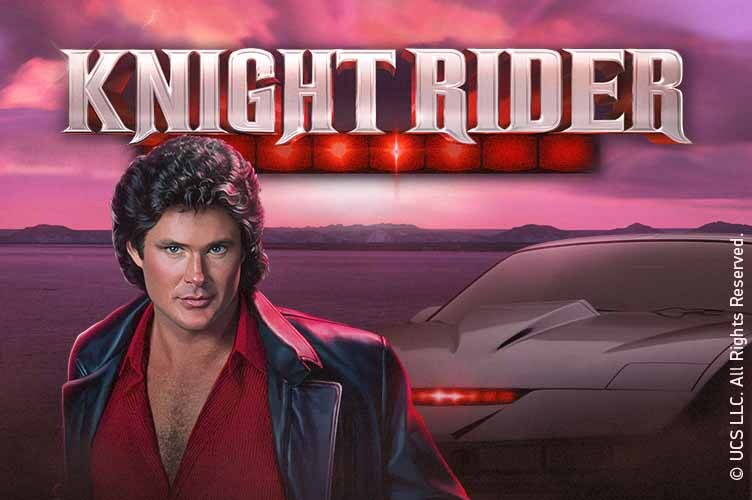 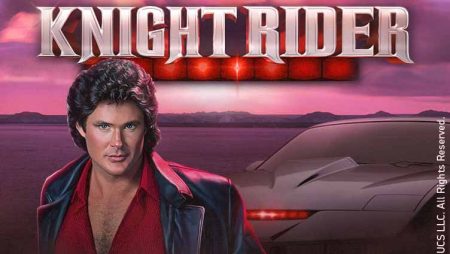 When I was a kid, there were several television series that I watched. Airwolf, MacGyver, the A-Team and Knight Rider! To this day, I’m still waiting for these series to be on Netflix or Prime Video. Just to see them all over again. But I’m so excited to announce that at least two of my heroes will be appearing in a NetEnt slot next month. I can’t wait to see Michael Knight and K.I.T.T. on the reels of the next Knight Rider ™ slot.

David Hasselhoff plays Michael Knight in one of the best television series ever. The crime fighter has awakened from a serious injury and with a completely new identity.

And, of course, among the equipment is Knight Industries Two Thousand. Also known as KITT! Best of all, KITT is an artificially intelligent Pontiac Firebird Trans Am. Not just a car, the car that talks fires weapons while traveling at high speed.

From 1982 to 1986, Michael and KITT were absolute television heroes. During that time, they worked together to take down criminals, operating above the law.

I always hoped that one of my favorite series from the 80s would look like a slot and NetEnt satisfied me. I can already feel the adrenaline flowing through my body, perfectly mixed with that confused feeling of nostalgia!

“The slot design was developed in close collaboration with Universal Games and Digital Platforms, with powerful evening shades of black and red. KITT., As always, has the last word: “If I may say so, Michael, I’m quite happy with my new look!”

Obviously, we have to wait a while before we see Michael and KITT on the reels of the slot. February 24, 2022! That’s the day we see the two TV heroes in another high volatility video slot. This time with an RTP of 96.07%.

It is clear from the description of the available slot that it is the Walking Multiplier Wilds that play an important role.

Walking Wilds doesn’t bring a new story, and the same goes for a Multiplier. A combination of the two, on the other hand, is completely new to Netent.

Following the description, Walking Multiplier Wilds appear everywhere on the reels. During the main game, as well as in Free Spins.

The game assigns the Walking Multiplier Wild on reels 1, 2, 3, 4 or 5 to a multiplier of x1, x2, x3, x4 or x5 respectively. So when a Multiplier Wild symbol moves to a different reel, the Multiplier automatically updates.

Those who have seen the series most likely remember Turbo Boost. Thanks to a series of rocket motors in the rear, KITT was able to accelerate to speeds in excess of 200 mph.

The Turbo Boost feature can activate randomly in the main game. In this case, 3 or 4 Walking Multiplier Wild symbols appear randomly on the reels at the start of the spin.

The Laser Wilds feature releases up to 3 Walking Multiplier Wild symbols on the reels. The number depends on the level of free spins you are at. They are randomly placed on the reels at the beginning of each spin.

In level 1, three Knight symbols level you up.

At the end of each Free Spin, you receive a collection meter point for each Knight symbol that appears on the reels.

The Laser Wilds function is activated when 3 Knight symbols (golden horses) fill the collection indicator at least once. When this happens, 1 Walking Multiplier Wild will hit the reels before the start of a free spin.