New For Blueprint! The Into The Wild Megaways Coming Soon! 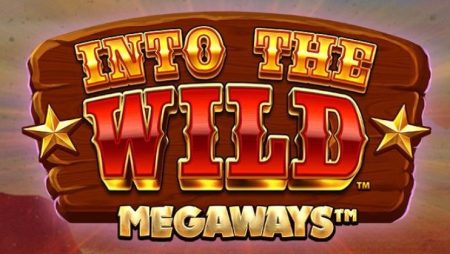 No, Into The Wild has nothing to do with the 2007 movie. Unfortunately, it doesn’t even include Eddie Vedder’s amazing soundtrack. The music is a rather relaxed songwriter-style guitar melody but with no lyrics. We are in an abandoned desert landscape, with red and dry soils and rock formations covering the sides. The grid is positioned in the center of the screen and on the left is the Megaways counter, which tells you how many possible ways to win there are in each spin.

There are two extra reels that run horizontally, instead of the normal vertical way, above and below reels 2, 3, 4 and 5. The symbols found on those reels are used in the same way as the other symbols to win, but with some extra benefits. The minimum number of symbols on the normal reels is two, which means that the first and sixth reels can have a minimum of 2 symbols and reels 2, 3, 4 and 5 can have a minimum of 4 symbols, counting the extra reels. Win by landing at least 3 symbols of the same type on adjacent reels from left to right. All winnings must start on the first reel to the left.

The lowest paying wild symbols are 9, 10, J, Q, K and A. Getting 3 of them will only give you 0.1X-0.2X your bet, and winning 6 symbols will give you 0.5X- 1.5 times the bet. The most precious symbols are four savages in the shape of a wolf, bison, eagle and bear. They will give you 0.25X-1X to get 3 and a 6 symbol win will result in a 1.75X-10X bet. The Wild symbol, represented by an animal footprint, replaces all symbols except the Scatter symbol, represented by a roaring golden bear.

You can win up to 50,000 times the bet according to Blueprint Gaming.

The Wild symbol is the footprint of a bear on the ground. Replaces all paying symbols but not the Scatter symbol.

The Scatter symbol is a gold coin with the face of a roaring bear. You must get at least 3 scatters to activate the free spins. Landing of 3, 4, 5 and 6 scatters awards 8, 10, 12 and 14 free spins respectively.

The game has 2 Trackers, one above and one below reels 2, 3, 4 and 5. Each Tracker always shows 4 symbols and they are used as the other symbol to win. If a symbol in a Tracker matches any symbol above or below on the same reel, that matching symbol will turn into a wildcard. If a wild symbol in the Tracker matches a wild card on the same reel, all symbols on that reel will become wild.

All you need is to land at least 3 scatter symbols anywhere on the grid to activate this feature. The free spins also have a multiplier, starting at 1X and adding +1 on each cascade. There is no limit to how much the multiplier can grow. If you don’t hit at least 10X on the multiplier when you run out of spins, you will receive 4 extra spins.

By adding 25% to your bet, you activate the Wild Bet, which will double your chances of activating free spins. The RTP does not change whether this function is used or not.

For 150 times your bet, you will be able to spin a wheel that rewards you between 5 and 20 free spins. This was at least the case with the demo game we played. Blueprint Gaming says on their web page that the Buy Bonus costs 100 times the bet. Note that you can end up with more or fewer spins than you can win by collecting scatter symbols.