The New York Rangers lost a tough game to Tampa at Madison Square Garden. The loss helped them in an ever tightening lottery race and they now have the ninth worst record in the NHL. 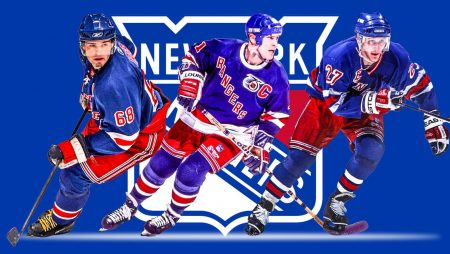 In the race for a playoff spot, the news was mostly good when it comes to the competition.  The Blue Jackets continue their slide, dropping  a 4-2 decision to the Blues.  Toronto beat the Penguins so the Metropolitan Division standings remain tight.  The Isles did beat the Kings so they remain the class of the Division.  The New York Rangers didn’t gain any ground on Columbus and are still eight points out of the wild card.

It was a big night for the lottery competition as the Rangers’ loss combined with several wins by teams below them tightened the standings considerably.   For the Rangers’ lottery hopes the good news is that they dropped three slots from 12th worst to ninth worst.  They were passed by Philadelphia and are tied in points with St Louis and Arizona who own the tiebreakers.  The craziness is that the third worst team in the league is only four points below the 11th worst team.

The Flyers moved ahead of New York, winning their seventh in a row by beating the Oilers in overtime (as requested).   They now have 52 points to the Rangers’ 51.  With the point for getting to overtime, the Oilers moved within one point of the Blueshirts.

Detroit beat the Senators 2-0 and moved to within two points of the Rangers with 49 points.   The Senators keep losing and are still the worst team in the league.  You cannot accuse the Nats of tanking as they don’t even own their draft pick, having traded it to Colorado.

The Blues beat the Blue Jackets 4-2 on the road.  That win moved them past the Rangers in the lottery standings.Another team below the Rangers won in an upset.  The Panthers beat Las Vegas 3-1 and now have 50 points, within one point of the Blueshirts.