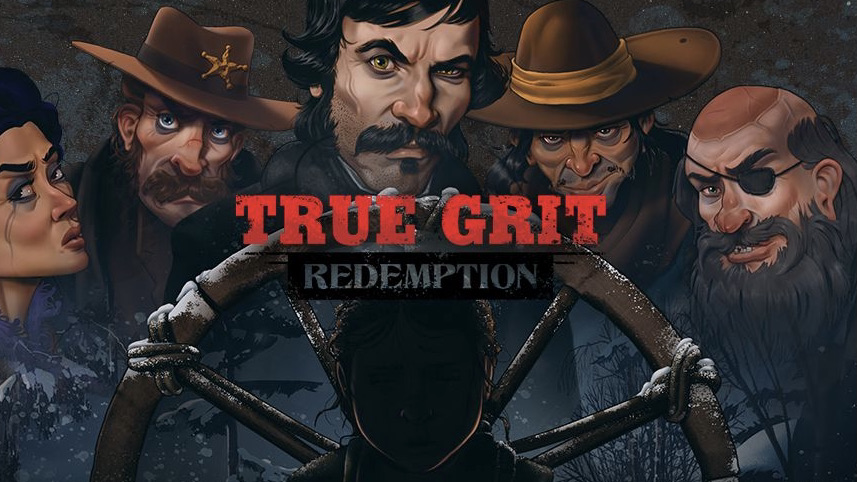 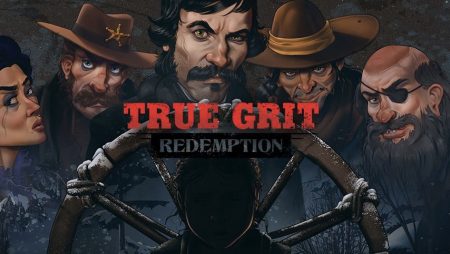 The game’s design centers on a gang in search of redemption set in the mid-1800s. In the background of the reels you can see a dark and snowy place, where some parts of a former refreshment stop remain.

The lowest paying symbols are 10, J, Q, K and A. If you roll 6 of the same type of symbol, it pays between 0.20X and 0.75X the bet. The symbols that pay the most are the crew members with the background colors of green, blue, turquoise, purple and red. If you get 6 symbols of the same type, you pay between 0.85X and 1.75X the bet. The gritty girl in the game and the badge with an S are the game’s scatter symbols. The game’s wild symbol is a gold W. Let’s find out what the features do.

When you spin the reels and find a symbol on the top reel that matches the symbol below on the same reel, they will turn into wild symbols. The wild symbol helps create more winning combinations by substituting for other symbols, except for scatter symbols.

At the start of the spins, most of the reels are blocked. By landing scatter symbols, they can be opened diagonally. The first, second, third and fourth scatter symbols unlock four, three, two and one on the diagonal respectively. On the lower reel of the game, both the character and special symbols can be landed and applied to the normal reels. On these lower reels you can get Reel Split, xNudge Wild, Transform ’em, Wild, xWays and Infectious xWays. When you activate the dead spins feature, the multiplier on the sticky wild will increase by 1X with each cascade that occurs.

When a xNudge Wild symbol lands and is not fully visible, it will push down to become one. Each push that occurs will increase the multiplier by 1X and if you move to an existing wild card, you will receive 1X more for the wild card multiplier. If you don’t create a win the first time, you will have a second chance, where the multiplier increases to a larger size.

XWays symbols will reveal 2 to 3 of the same types of symbols, increasing the number of ways to win. The Infectious xWays symbol will only reveal 2 symbols and will affect and multiply all symbols of the revealed symbol type.

This Greta-like symbol can produce huge payouts, with instant payouts being achieved by getting 3 or more of this type of symbol. If you get 3 or 4, you get 25X and 500X respectively the bet, but there is also the possibility of getting an even bigger multiplier with the help of the reel division. Regardless of whether it is locked or not, the sticky wildcard multiplier will be multiplied by the grit girl symbols multiplier.

By landing 3 scatter symbols, the Torture Spins feature is activated. You will then be greeted with 8 or more rounds of torture. Then the play area expands and the locked positions created in the base game will follow and remain during this bonus game. You will receive 1 extra free spin for each extra part where the scatter symbol is split by the split reel feature. When that happens more stuck positions will be unlocked and the sticky wildcard multiplier is included in this feature where it is still stuck but applied to the girl of grit symbol.

When landing 4 scatter symbols, the Dead Spins feature is activated. You will then be greeted with 10 or more Dead Spins. Then the play area will expand and the locked positions in the base game will unlock and remain during this bonus game. In addition, the sticky wild will follow during the laps with a multiplier in the lower right corner. During the spins, any extra part where a scatter symbol is split using reel splitting will again give 1 extra free spin.

If you want to take advantage of any of the bonuses right away, you can use the bonus purchase feature. You can choose from 3 different bonus purchases that cost and give the following:

69X = Torture Spins are activated, where the maximum stake amount is € 100. When you use this bonus purchase, the RTP increases to 96.56%.