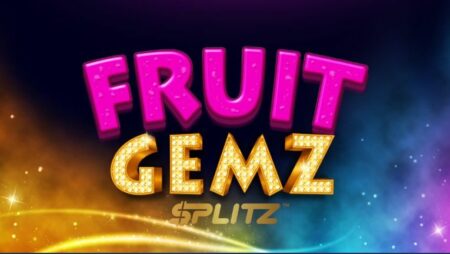 The lowest paying symbols are the suits of playing cards, hearts, diamonds, clubs and spades. They pay the same, placing 0.4 times the bet for a payout of 5 symbols. The highest paid symbols are watermelon, grape, lemon and cherry.

The fruits will give you between 1X and 2X the bet for a 5 symbol win. The Wild symbol, represented by the game logo, substitutes for all the symbols mentioned but not the 3 bonus symbols Coin, Collect and Splitz. The Collect symbol collects the cash prizes in coins and the Splitz transforms into 2, 3 or 4 symbols.

Each symbol that takes part in a win vanishes as the new symbols fall from above. If you manage to get a new win, the affected symbols will disappear once again to make way for new ones. The cascades continue until you get new wins and are counted as one spin. Coin Collect does not generate cascades.

A horizontal reel containing 3 symbols sits above reels 2, 3 and 4, giving them an extra row.

The Wild symbol is the game logo. It can appear anywhere except on the first reel and substitutes for all symbols except Splitz, Coin and Collect.

The Side Strike bet is an extra game within the game. The player can bet on red or green with an RTP of 98%. When the bet is activated, the red chips will appear above the symbols on the first reel and the green ones will appear on the fifth reel. If your chip appears 2 times more than the other, you will be awarded 5 times the bet. If your chip appears 1 more time than the other, you will win the bet twice. If both sides’ chips appear twice, the prize is 1X the bet.

The Collect symbol appears only on the first reel. Whenever it lands, activate the Collect feature.

When the Collect symbol lands, the value of all visible coins is collected and paid to the player.

The landing of 6 or more coin symbols activates the Hold & Respins function. The coins are locked in place while the rest of the reels spin. You start with 3 spins which are reset each time a coin or symbol collects lands. The function ends when the player runs out of spins or when all positions are filled.