Second Upgrade In A Few Months! Play ‘N GO surprises us With the Moon Princess 100! 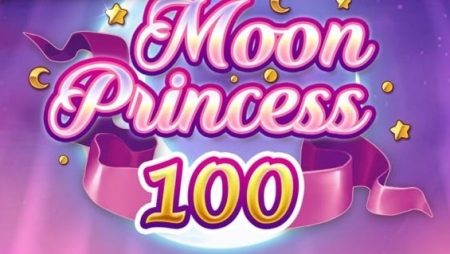 The Moon Princess 100 is a 5 × 5 cluster pays grid slot. Wins are awarded for matching three or more adjacent symbols horizontally or vertically. Experience the power of manga-style girls from 0.20 to 100 credits per spin. The game has the highest volatility (10/10) with a default RTP of 96.20%.

Those familiar with the original Moon Princess will not notice any real changes to the Princesses drawn by the manga, in a soft cartoon style, with whispered skies of a Northern Lights effect background. The soundtrack changed to a more dramatic dance track.

The payout symbols start at the low end with a green and yellow moon, a blue star, a red heart, and a winged bell, which award 2 to 3 times your bet for five. The three princesses with colored backgrounds follow, Storm in green, Star in blue and Love in red. Reach a group of five symbols to win your bet 10 times. Any mixed combination of the three princesses will pay out 5 times your bet when five land next to each other. The moon is the wild symbol which will substitute for all other symbols and will pay out 50 times your spin wager.

Moon Princess 100 is a similar alternative to the hugely popular Moon Princess, released in 2017. Visually, the game is identical except for the logo and a new x100 displayed in the payout multiplier. Before seeing what changes this new version of Play’n GO brings, let’s do a quick summary of the gameplay for the uninitiated.

At the beginning of each round, 25 symbols fall on the grid. Groups of three to five horizontally or vertically adjacent symbols will disappear and the remaining symbols will cascade downwards. For each matching cluster, a wild moon symbol will appear in the center and potentially create additional wins for the mechanic to work. The cascade winning sequence of cluster wins will end when there are no more wins.

During the base game, a princess will always be to the right of the grid. Randomly, on non-winning spins, the Girl Power feature can activate randomly. The Princess on display upon activation will perform their unique ability:

Love: All instances of a symbol in sight will turn into a different matching symbol.
Star – Adds a wild card or two to random grid positions.
Storm: Two sets of symbols in sight will be destroyed and start a waterfall.
A win multiplier increases by x1 after each cascade up to a maximum of x100. It will reset at the end of a sequence of spins and when you access the Princess Trinity feature (detailed below), but will carry over if you manage to activate the free spins.

Fill the meter to activate the Princess Trinity feature, which awards a free spin with the aim of clearing the grid and activating the free spins bonus. The win multiplier is reset to zero and the princesses each play their skill in non-winning events until all three powers are spent. This feature always works in the same order as Love, Star and Storm. Any wild symbols remaining at the end will be removed.

If you manage to clear the grid, the Free Spins feature is activated. The game will feature three choices of Love with four free spins, Star with five free spins and Storm with eight. For the chosen free spins, the selected princess will unleash her Girl Power with each losing spin. Filling up the power meter on the left as in the base game will reactivate extra spins, up to a maximum of 100 and the multiplier will increase with each new winning combination up to 100x.