Third Chapter for Isoftbet! In November Hot shots Megaways is out! 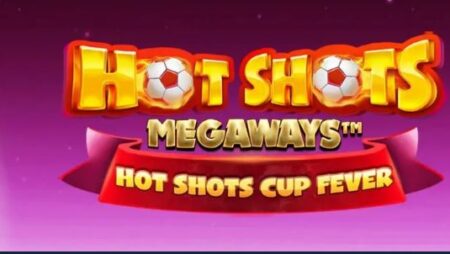 Hot Shots Megaways, or to give it its full name, Hot Shots Megaways: Hot Shots Cup Fever, is a cascading video slot with six dynamic reels each that generates three to seven symbols in one spin, resulting in 729-117.649 game modes. payment. Starting with the leftmost reel, match two or more symbols on the next reels to win. You can try to score hits from 0.20 to 20 credits per spin. This game has medium to high volatility and an RTP of 95.98%.

It is not difficult to recognize the theme behind the Hot Shots Megaways, which is based on the most popular sport in the world and features animals as protagonists. A rousing orchestral soundtrack is accompanied by cheering crowds and soccer balls litter the match-based design modeled by the iSoftBet creative team.

The payout symbols start at the low end with 9, 10, J, Q, K, and A, allocating 0.5x to 1.75x your bet for six of a kind. Four animal characters follow along like a big cat, a rooster, a bulldog and a young doe, and matching six of them on the reels will pay out 2x to 50x your bet.

A soccer ball acts as a wild symbol that replaces all the others except the scatters of the golden ball, which bring the values ​​of the cash prizes into the bet multipliers and activate the Cash Respins bonus for five or more. A game logo acts as a mysterious symbol on the reels, revealing a corresponding symbol from the pay table or a wild card on landing.

Before kick-off, you can choose to play with the Hot Shots Cup Fever Side Bet on or off. With side bet enabled, your stake is increased by 25% and four scatter symbols will be required to activate the bonus game instead of the usual five.

When ready, your basic spin of the game uses the Megaways game engine to randomly create three to seven symbol positions for each of the six reels. This produces a random number of modes each time from 324 up to a maximum of 117,649.

Working in conjunction with dynamic reels, a cascade win mechanic removes winning symbols from the reels and creates space for existing and new symbols to fall. This process can lead to more wins and the cycle repeats until no more wins occur.

To help score your winnings, mysterious symbols appear on the reels and upon landing they will change to reveal a corresponding symbol from the paytable or wild symbols. Additionally, there are three random functions that can be activated on any spin:

Hot Shots Cup: Announced by the image of a gold cup, this feature will provide a big payout or trigger the Cash Respins bonus game.
Max Megaways: Announced by a Max Megaways logo, the spin that follows is guaranteed to produce the maximum of seven symbol positions on each reel and 117,649 ways to win.
Goal Scatter: A 10 or 20 Goal Scatter pop-up ad gives you a greater chance to activate the Cash Respins bonus.

Get five or more goal scatters to activate the Hot Shots Megaways Cash Respins bonus. The activation symbols remain in place and the reel set changes to feature only gold scatters and empty positions. The activation format of the Megaways reels is carried over into the bonus, i.e. an activation spin with a 3x4x3x7x6x3 format will lock into place for the bonus game. The round starts with three respins and if a scatter goal falls, it will stay in place and reset the respin count to three. If no Scatter Goals hit, the count is reduced by one and the game ends when the respins expire.

Each goal scatter carries a cash prize referred to as a bet multiplier. Keep an eye on the Mini, Mega or Major scatter goals that award 30x, 100x and 1.000x your bet. During the bonus, the number of Megaways reel positions on each reel determines a multiplier listed above. Filling a reel with goal scatter unlocks the multiplier to be applied to all cash prizes contained on that reel. At the end of the bonus, the total of all goal scatters is multiplied where applicable, collected and paid.

Where available, Hot Shots Megaways includes a bonus purchase feature with two options. For 100 times your bet, you can purchase a standard activation round in the Cash Respins bonus. For 150 times your stake, you can purchase a bonus activation spin with a Max Megaways format, guaranteeing a maximum of seven symbol positions for each reel of the Cash Respins bonus.